As we’ve noted in previous posts, the heat is on in figuring out how to best stem fraud from gift and prepaid cards. Prepaid cards have long been a favorite of fraudsters looking for ways to move money anonymously, and the increased prevalence of reloadable prepaid cards (like those issued by Green Dot or Vanilla), where balances can be re-upped, are particularly susceptible to money laundering practices. The problem has been well-documented, with The Boston Globe reporting that in 2013, $30 million of the $20 billion loaded on Green Dot’s cards involved fraud. This week, The Federal Reserve, along with the FDIC, OCC, NCUA and the FCEN issued interagency guidance in an attempt to put an end to the problem.

The Popularity of Reloadable Prepaid Cards

According to a 2014 report from PEW Charitable Trusts, 12 million Americans used prepaid cards at least once a month, loading $65 billion onto them, collectively. That figure is expected to increase to nearly $340 billion by 2017 - an increase of 420%. They’re a popular option for consumers who have had a checking account in the past, but have had it closed due to overdraft fees (41% of those surveyed have experienced this). To prevent themselves from getting into debt or spending more than they have, they often choose to utilize reloadable prepaid cards to manage their money.

While these cards provide a valuable service to a community of people who may otherwise be considered underbanked, they also provide an easy way for criminals to fraudulently move funds, while remaining mostly anonymous.

The Problem with Reloadable Prepaid Cards

The easy access to cards, along with the ability to use them anonymously and move large amounts of money through them makes them an obvious target for criminals.

Leading prepaid card issuers offer a direct deposit feature, so paychecks can be transmitted electronically to the customer’s account. In order to enable this feature though, the customer must register the card by providing identification to the issuing bank.

Without registering the card, direct deposit is off the table, but reloading it with cash (in store, generally for a fee) is still available. The funds then function as cash, meaning they’re not insured by the issuer or the FDIC. The PEW survey found that 68% of reloadable prepaid card users had registered their cards, but that still leaves a significant amount of cardholders (32%), and a significant amount of money being moved anonymously.

In 2003, when the CIP (Customer Identification Program) was first rolled out, it required financial institutions to “obtain information sufficient to form a reasonable belief regarding the identity of each ‘customer’ opening a new ‘account.’”

As defined in the CIP rule, opening an “account” meant “a formal banking relationship established to provide or engage in services, dealings, or other financial transactions, including a deposit account, a transaction or asset account, a credit account or other extension of credit.”

But, with the ability of prepaid cards to now be reloaded, support direct deposit, and have overdraft support, the federal Agencies are now considering them to fall under the “account” umbrella.

In some cases, like the one noted above, a prepaid card doesn’t support certain capabilities such as direct deposit, without the cardholder registering first. In those cases, a formal banking relationship is not initiated until that process is complete.

We cover prepaid, gift card and numerous other types of fraud in our Knowledge Center. Check it out below:
‍ 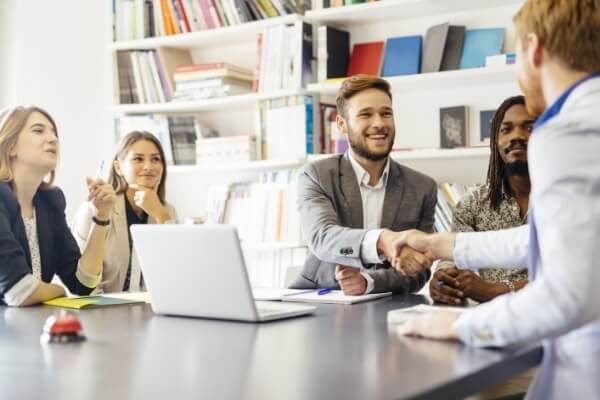