E-Commerce Fraud is Multiplying: Here are the Top Locations & Trends

Only two months into 2016, and the Identity Theft Resource Center is reporting nearly 1.7 million records have been exposed in data breaches thus far. And as we noted in last week’s newsletter, an increasing concern in the security space is the inevitable increase in card-not-present fraud, as e-commerce numbers continue to skyrocket and EMV adoption pushes fraudsters online. With e-commerce fraud at the top of everyone’s minds, Experian released a new report outlining the riskiest locations in the United States - both where the fraudsters are located, and where their victims are.

While the top states where fraudsters are shipping to, and are likely located, won’t surprise most, the states where information is being stolen and used to make the purchases is quite interesting. At the top of the list is Florida, followed by Puerto Rico. But the rest of the top five is rounded out by Delaware, Washington D.C. and Oregon.
‍

In Experian’s list of riskiest billing locations by zip code, Eudora, Kansas tops the list at 1382.3 basis points, meaning over 13% of e-commerce transactions with billing addresses in zip code 66025 end up being fraudulent.

The locations where fraudsters are getting their goods delivered have a bit of overlap with where the billing information is being stolen with Oregon, Florida, Puerto Rico in the top three, and California and Nevada rounding out the top five.
‍

A study released recently by PYMNTS and Forter found that attack attempts by fraudsters on online retailers increased 163% over a three-quartered period. Worse yet, as a percentage of revenue, e-commerce fraud increased 94% year over year from .68% in 2014 to 1.32% in 2015. While the clothing, electronics and food and beverage industries all saw decreases in attacks in 2015, the jump in attempts at digital goods and luxury online retailers more than made up for it, with 254% and 108% increases, respectively.

Fraud Responsibility Shifts with E-Commerce, but do Cardholders Care?

We talk to card issuers (many of you reading this post, in fact) quite a bit about developments in fraud. And a lot of the time, we hear, “Well, our fraud losses are lower than ever because of EMV.” But the actual fraud isn’t going anywhere. And the impact on the customer isn’t going anywhere either. Which changes the conversation we’ve been having about fraud quite considerably - from a focus on a “losses” line item, to one about cardholder disturbances and satisfaction.

Learn more about how to balance fraud mitigation with customer convenience by checking out a recent post from us below:
‍ 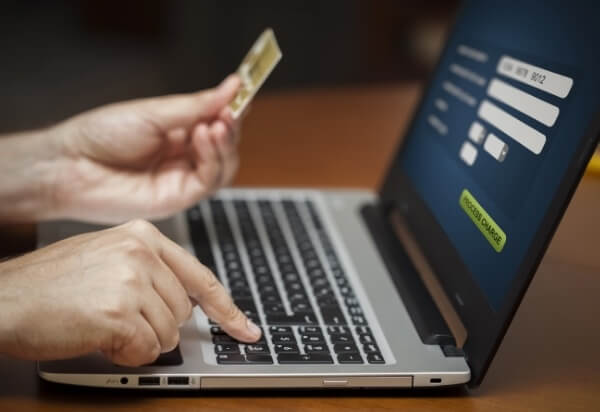