When the dust finally settles, where does everyone stand?

It’s been nearly two decades since the idea of making the switch to EMV was first brought to people’s attention in the United States. With all the recent data breaches involving retailers, government agencies, healthcare providers and educational institutions, the US finally has the political will to make this change.

The best guide to how EMV cards will affect the US payment system is to look at who will pay for uncaught fraudulent transactions. Currently, card-present fraud that is not declined by the card issuer is paid for by the issuer. Under the new system, the party with the poorest security will bear the cost, likely resulting in a shift from issuer losses to greater merchant losses. The EMV transition is, in some senses, an effort by issuers to shift some fraud losses to merchants.

The cost of this transition will be high. For financial institutions and issuers, the cost of replacing nearly every card in the United States will be high at first ($10 per plastic, plus the cost of inconvenience to the customer), but the reduction in fraud losses should rapidly recoup this investment. For merchants, the cost will be for upgrading or replacing POS terminals to the new EMV standard

Consumers will be the biggest winners in this change. They should feel more confident shopping in brick and mortar locations, knowing that there is a higher level of security used during their purchases. Consumers will once again find credit card purchases while abroad a seamless experience, unlike the difficult current situation.

Want to know more about EMV technology and its impact?

To learn more about emerging technologies and their expected affects on the payment ecosystem, check out our in-depth whitepaper below: 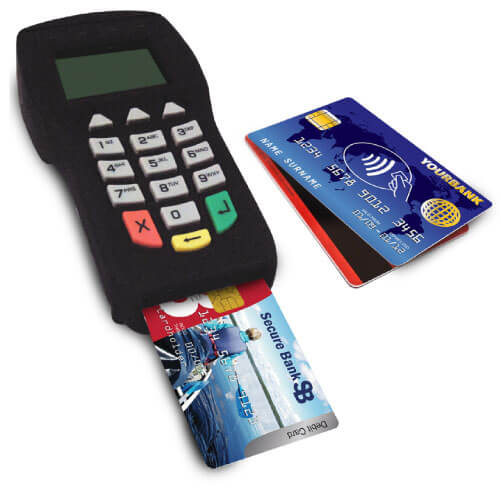