Bizrate recently released the results of their second Payment Security Study, and the results for retailers are grim. While it's been several months since a massive data breach the likes of Target or Home Depot, the residual impact of these incidents on consumer spending habits is holding strong.

Bizrate surveyed over 5,000 consumers and found that first and foremost, over 60% of them feel that retailers arent' doing enough to protect their credit card and personal information. Mobile e-commerce came in as the least trustworthy with 65% of consumers feeling security was lacking, but web and brick-and-mortar weren't far behind with 60% and 62% of consumers expressing concerns, respectively.

Generation Y shoppers' concerns are significantly lower than those in older age brackets, but certainly not low enough to dismiss altogether.

When asked what drove the purchase hesitation, 43% of consumers cite news reports of retailer breaches being the top reason. With 2014 commonly being referred to as the "Year of the Data Breach," this is hardly surprising. Only 17% of those surveyed actually had their own information stolen.

Ultimately, all this apprehension leads to one in three customers feeling hesitant to make purchases on their debit or credit cards. Apprehension is greater with online purchases at 34%, but brick-and-mortar stores are only a few percentage points behind with 29% of consumers feeling reluctant to shop there as well.

So who do consumers trust? When asked openly who they most trust with their credit card information, Amazon overwhelmingly took the #1 spot. The second place response however, was a less optimistic "None."

When asked what could help them feel more comfortable in making a purchase, shoppers cited well-known trust symbols such as TrustE, the BBB and Bizrate Customer Certification as being important in increasing consumer confidence.

It goes without saying that the optimal way to build consumer trust is to not have a catastrophic data breach in the first place. But don't rely on "it won't happen to us" logic. Let Rippleshot help. Check out our case study bundle below to see how quickly we spotted several of the last major retail breaches. 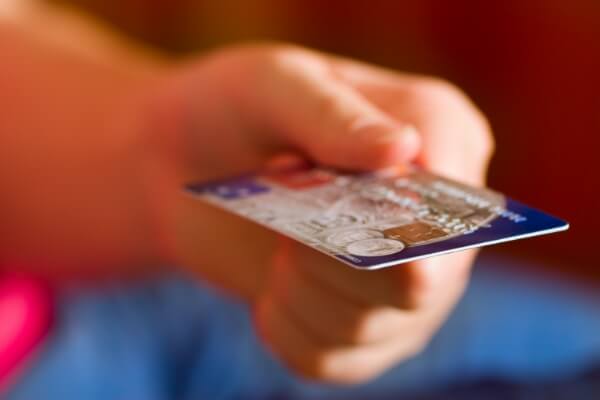